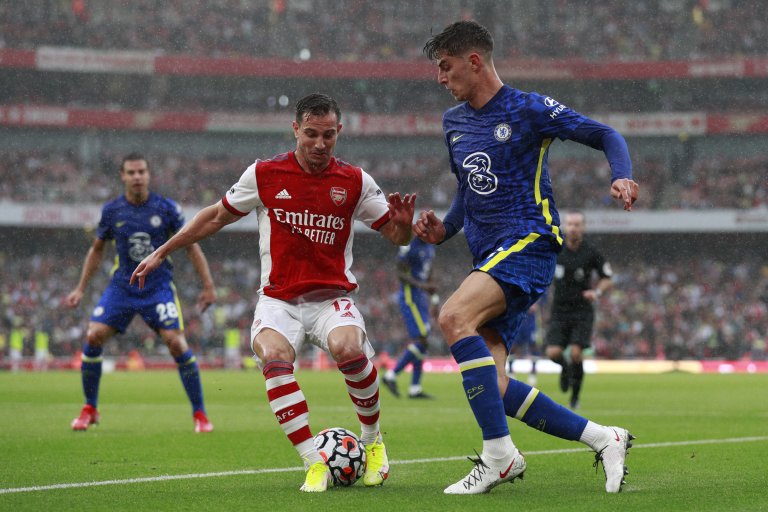 Burnley continues its fight against relegation versus fellow strugglers as EPL season heads towards a climax
Arsenal has hit form as it heads to West Ham while Everton are desperate for points against Chelsea
See the odds, best bets and predictions for England Premier League Matchday 35

England’s Premier League Matchday 35 heads into another important weekend with Manchester City and Liverpool battling it out in the title race.

Meanwhile, Burnley, Everton, Watford and Norwich City are the major contenders for relegation.

Odds as of April 29 at DraftKings

Burnley will look to continue its battle for survival in the EPL when it heads to fellow struggler Watford on Saturday.

After sacking long-serving coach Sean Dyche, Burnley is making a good fight of staying up – winning its last two games and moving out of the bottom three drop spots.

Meanwhile, 19th-placed Watford seems powerless to avoid its fate and has lost its last four matches.

However, two of those have been against the league’s leading pair, Manchester City and Liverpool.

DraftKings rates Burnley at +175 underdogs for an away win at Vicarage Road at 10:00 am ET, which is a good price.

Watford, furthermore, is somewhat surprisingly priced as a slight favorite at +165 with the draw as a good prospect at +230.

Indeed, Burnley is unbeaten in three games since the departure of Dyche, who has been temporarily replaced by Mike Jackson.

Watford’s recent form has been desperate.

It is now facing its 11th straight home defeat and could be relegated if it loses against Burnley.

There was a 0-0 draw when these teams last met in February. But Burnley won the previous two encounters and should do so again this weekend.

Arsenal is on a roll while West Ham has been stuttering – and has been involved in midweek European action.

However, the Hammers are still chasing a second successive top-six finish. And it could be gritty enough to hold Arsenal to a draw at the London Stadium.

This is although the oddsmakers strongly fancy Arsenal for an away win at -125.

If there was a positive, then the return of Michail Antonio to scoring form might just be it: a timely jolt of confidence just as West Ham’s season begins to sharpen to a point. And nothing in this #UEL semi-final has been settled yet.

After a run of three straight defeats, it scored an impressive 4-2 win away at Chelsea.

West Ham has not won in three EPL games.

David Moyes could rest some West Ham first-team regulars after the 2-1 defeat at home by Eintracht Frankfurt in the Europa League semifinal on Thursday. The second leg is next Thursday.

It also lost narrowly 1-0 at Chelsea last weekend. And it has not won in three EPL games.

However, that top-six finish is still a good possibility and Moyes may set up to grind out a point.

Arsenal was a 2-0 winner when these teams met in north London last December.

Meanwhile, there was a 3-3 draw at the London Stadium in March last year. And there should be a similar outcome this time.

Something must go right for Everton and Frank Lampard soon.

Surely, the club will not accept a first relegation from the top flight since 1951 without a fight.

Therefore, DraftKing’s price of +390 for a home win for Lampard against his former club Chelsea looks attractive.

Furthermore, Chelsea is in topsy-turvy form with two wins, two defeats and one draw in its last four EPL outings.

We keep our heads up and looking ahead to the weekend pic.twitter.com/YKkUNlbWYU

Everton has slipped into 18th place – a relegation spot – and lost 2-0 at high-flying Liverpool last weekend, despite putting up a tough fight.

That came following a 1-0 home win against Manchester United and a 1-1 draw at Goodison Park against Leicester City.

Everton has won its last three home games against Chelsea.

Meanwhile, Chelsea was held 1-1 at home by Manchester United on Thursday.

The last time Everton slipped into the bottom three was in December 2019.

Everton have been out-spending Liverpool over the last 6 seasons 💰 pic.twitter.com/g3Yrk8rD8I

However, it won its very next fixture 3-1 at home against Chelsea, who had Lampard in charge at the time.

These teams drew 1-1 at Stamford Bridge last December. But the attractive price for Everton to secure a vital win is well worth undertaking here.