Like many I had high hopes for the Hustler live stream that featured Tom Dwan, Phil Hellmuth, Alexandra Botez, Ludwig, Mr Beast and Ninja. Like most in poker, my expectations were exceeded. This was a genuinely brilliant moment for poker, a shot in the arm the game needed and I desperately hope it can happen again.

I’m loathed to repeat the debate about Phil Hellmuth once again. He behaved terribly, once again. It was such a gift to be invited to a juicy game that genuinely could attract a whole new audience to poker, a gift he did not appreciate. He was rude, grumpy and not fun to watch, even worse it seemed quite clear he pulled off a dirty angle shoot in a game where he really did not need to.

If you think being an obnoxious dick to online idols that bring huge new audiences to poker puts us In a good light just because the clip gets views… you are hopeless.

I cannot see how he made the game fun to watch for any non-poker person, with the exception of the hilarious Ninja hand which was utterly delicious. The only reason it was entertaining was because he was acting so unsympathetically leading up to it. 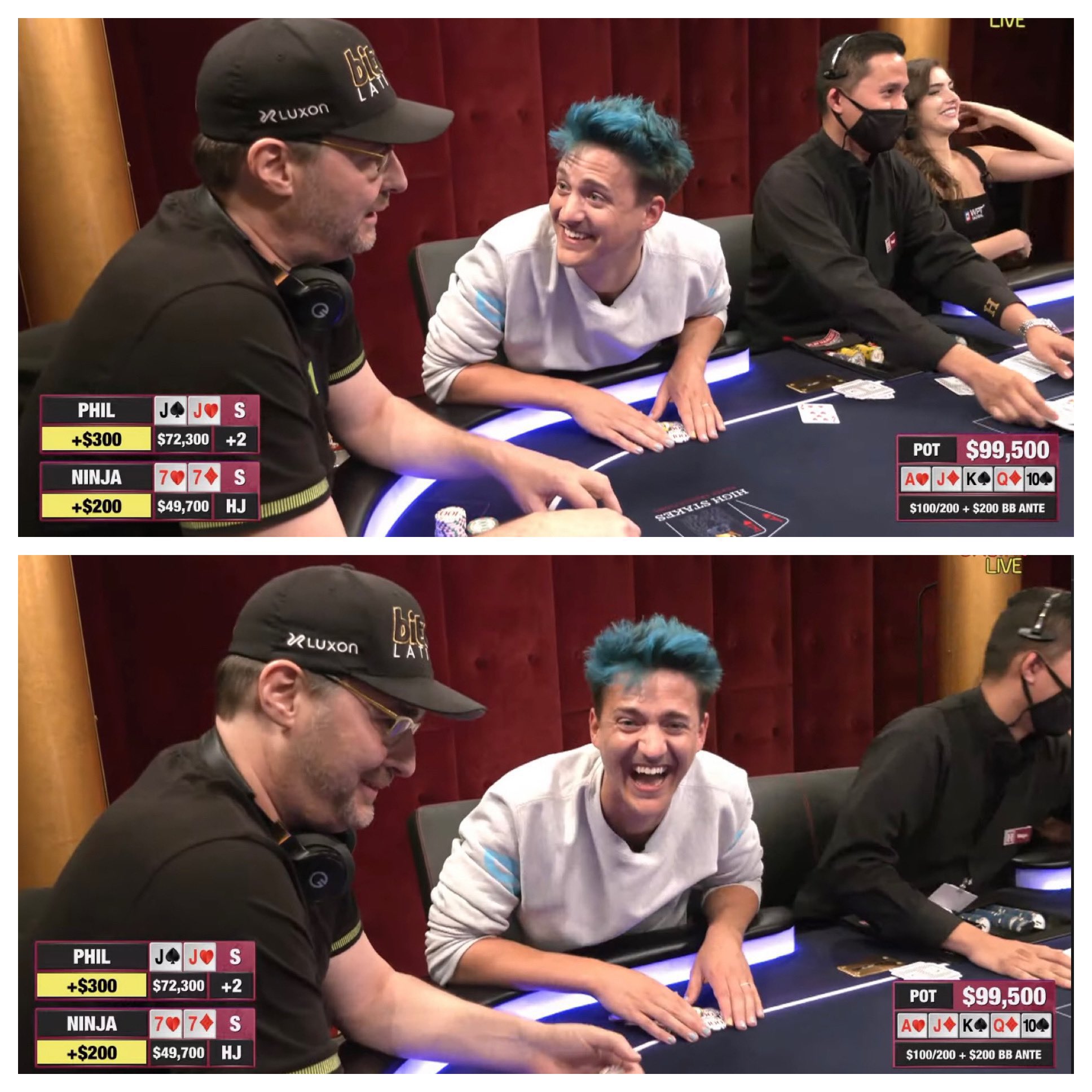 A peek behind the curtain

The reason I felt the stream was a success was for the same reason I believe that High Stakes Poker was such a hit when it first aired. It wasn’t because of the quality of the poker (in this case it was very low) and it wasn’t because the players were so entertaining to watch (but in this case, they were).

It was because it felt like a peak behind the curtain we so rarely see. When High Stakes Poker was introduced we caught a glimpse of what it was like in Bobby’s Room among a high stakes community that was somewhat guarded. We saw the rapport the players had built up with each other over years, the arguments, the side bets as well as the casual conversation from a genuinely quite comical fringe of players. High Stakes Poker felt like we had a secret camera in a private game.

What really fascinated casual poker fans was how relaxed the players were with six-figure sums. We’d see Daniel Negreanu casually loan another player $50,000 or Antonio Esfandiari bet somebody $5,000 to settle a trivial debate. We’d see Doyle Brunson keeping track of the prop bets on a pen and paper and wonder how much was being wagered. We all had this question what nosebleed games were like in private and after High Stakes Poker we got an idea. 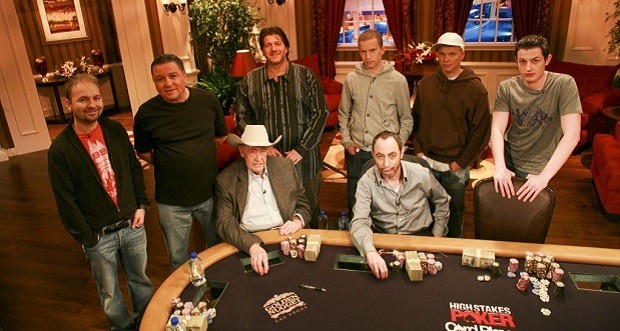 It was the same thing in the Hustler Live Stream. It genuinely felt like we were watching some of the biggest names in online content letting off steam. We saw the banter between them and we also caught a glimpse of their real net worths, because winning and losing six-figure sums did not seem like a big deal to them (they were really, really, gambling). I think there is a particular fascination where video game streamers are concerned, because many people cannot wrap their head around how playing video games can be a ‘job’ let alone make people so rich they can punt off six-figures in a poker game.

Just like High Stakes Poker showed us what elite poker players were really like, maybe the Hustler stream showed us what elite content creators were like behind closed doors. I may be wrong, but I think the audience they brought with them from outside of poker perhaps have not seen this side of them either.

I hope it can happen again, with a similar but slightly different line-up to keep things fresh. Ninja in particular seemed fun and Mr Beast seemed like the glue that held the group together. Like most people, however, I’d switch up the poker players as sadly Tom Dwan was not exactly captivating and Hellmuth was big a negative overall. There are plenty of players like Daniel Negreanu, Garrett Adelstein, Doug Polk and Antonio Esfandiari who could bring the right mix of skill, banter, gamble and not looking miserable in the best game in poker history.

The one thing I am sure of is that poker really needed this stream, I really hope it can happen again.

What would you like to see on the next stream? Let us know in the comments: